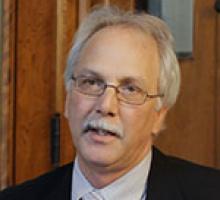 Phil has a long and distinguished career as public school administrator. He continues use his knowledge and expertise as a consultant, giving assistance to Montessori programs across the United States. Phil is especially active in his home state of Wisconsin, providing active counsel to the state’s many public Montessori schools. During his 30 years of service to Montessori in Milwaukee Public Schools (MPS), Phil taught, coordinated curriculum, administered various schools, and was instrumental in establishing four of the current Montessori schools for MPS. He established a charter IB Montessori high school for MPS and facilitated its merger with MacDowell Montessori in 2013 to create the first public K-12 Montessori program in the United States. Phil Dosmann coordinated the landmark Montessori study “Evaluating Montessori Education,” which was published in the September 2006 issue of the journal Science, while he served as principal of Craig Montessori.

Mr. Dosmann holds a BA in psychology from the University of Louisville, an AMI Montessori elementary diploma from Bergamo, Italy, and an MA in administrative leadership from Cardinal Stritch University, Milwaukee.